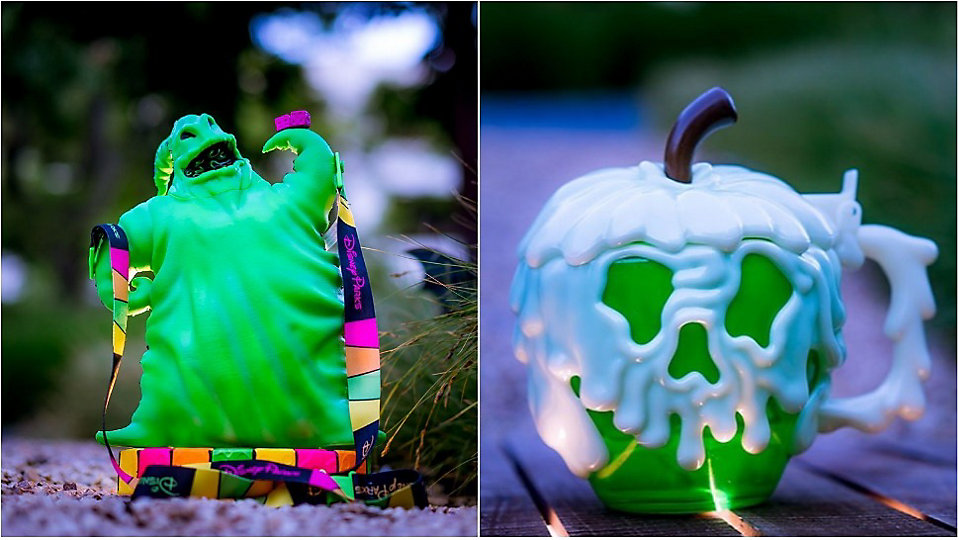 ORLANDO, Fla. — With Halloween around the corner, Disney is getting into the spirit with the arrival of themed novelty items at the parks.

Disney will celebrate early with the start of Mickey’s Not-So-Scary Halloween Party on Aug. 17.

Here’s a look at the novelty items set for Disney World.

Last year, the Oogie Boogie Premium Popcorn Bucket was all the rage when it debuted at Disneyland. Well this time around, a new version of the bucket will be available exclusively at Mickey’s Not-So-Scary Halloween Party at Magic Kingdom.

Speaking of popcorn buckets, Disney is releasing a cauldron-shaped bucket this September. The Cauldron Premium Popcorn Bucket will be available at all four Disney World parks as well as Disney Springs. The bucket lights up and even features a Hidden Mickey.

Drink from your own poison apple. The Green Poison Apple Stein will be available at various outdoor vending locations at Disney’s Animal Kingdom.

Returning from previous years is the Poison Apple Glow Cube. The light-up cube will be available in three different colors. It can be found in specialty drinks at these locations: AbracadaBar at Disney’s BoardWalk or Jock Lindsey’s Hangar Bar at Disney Springs.

Want to add a little scare to your drink? The Headless Horseman Straw Clip can be found at Magic Kingdom.

The tire-themed straw is inspired by Halloween at Cars Land, but will be available at Disney World. You can find the light-up straw at Epcot, Disney’s Hollywood Studios and Disney’s Animal Kingdom.