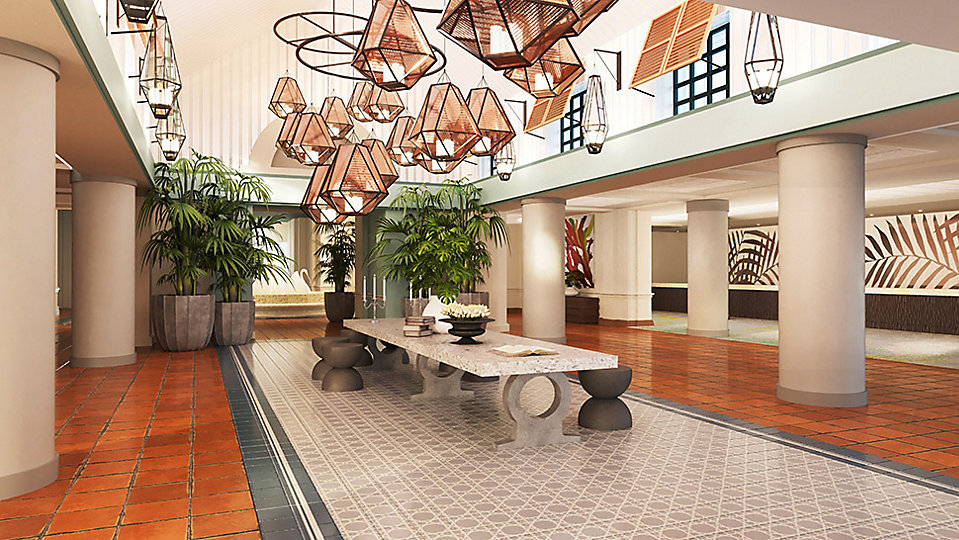 Rendering of the renovations coming to the Swan Hotel at the Walt Disney World Swan and Dolphin Resort.

The hotel is set to undergo a $3 million renovation, which will include changes to its lobby, public spaces and coffee bar.

A water theme will be incorporated into the Swan’s rotunda, front desk, lounging areas and corridors. Lantern lights and sconces, Bahama shutters and palm leaf features will be added to the new spaces.

The project follows a three-year, $150 million renovation at the Walt Disney World Swan and Dolphin Resort, which was completed in the fall of 2017.

The Swan’s new designs will be similar to those used in the redesigned guest rooms and lobby at the Dolphin.

The renovation will take place in phases so that the Swan can remain open to guests.

The project is expected to be completed by the end of 2018.