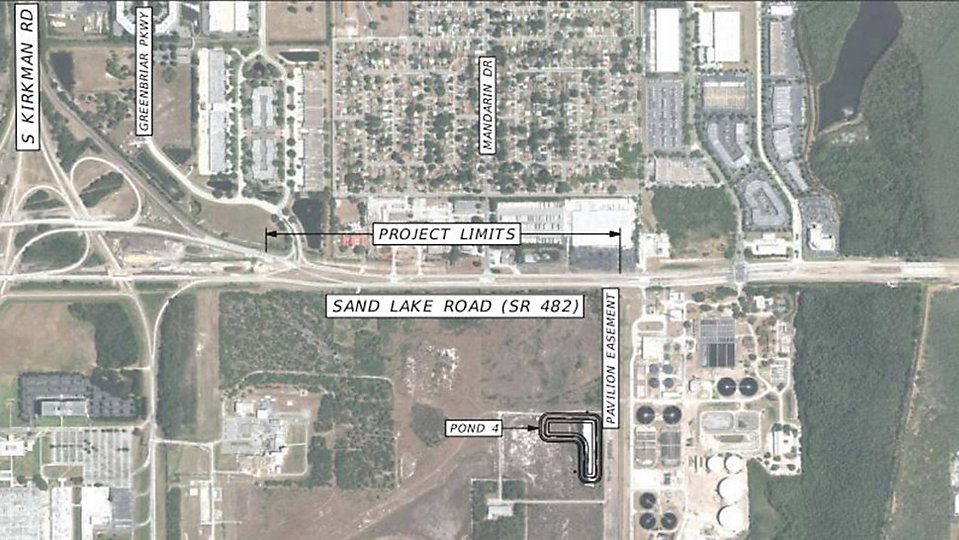 Universal Orlando is seeking to widened a section of Sand Lake Road, according to a permit.

In permits filed Monday, the project calls for the construction of an auxiliary lane next to the eastbound travel lanes of eastbound Sand Lake Road. The documents also show plans for the addition of turn lanes on Greenbriar Parkway and two driveways on the south side of Sand Lake Road.

Just last year, Universal acquired 101 acres of land along Sand Lake Road for future expansion. The land is adjacent to 475 acres of property off Universal Boulevard it already owned.

Last month, Universal executives confirmed they were looking to add another “gate” (theme park, in industry speak) in Florida.

The plans come as Disney and other theme park operators add more attractions to their parks.

In 2019, Disney will open a Star Wars-themed land at Disney’s Hollywood Studios. It also plans to open a Tron ride at Magic Kingdom and a Guardians of the Galaxy coaster at Epcot in the coming years.