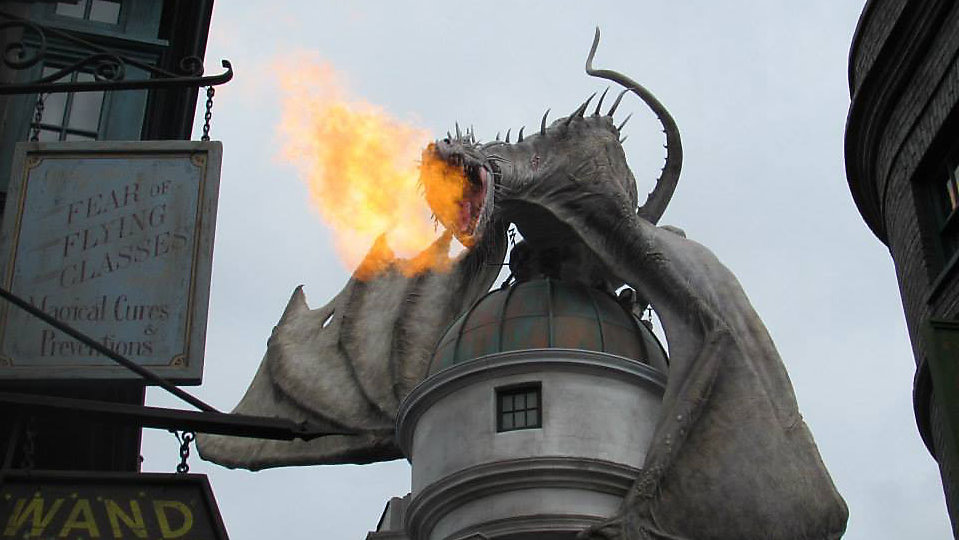 The dragon on top of Gringotts Bank at Universal’s Wizarding World of Harry Potter — Diagon Alley. Celebration of Harry Potter, the weekend festival that was spread across Universal’s Potter lands, will not return in 2019. (Christie Zizo, Staff)

ORLANDO, Fla. — Celebration of Harry Potter, the weekend-long Potterverse event usually held in January at Universal Orlando, won’t be coming back next year.

Universal finally confirmed a rumor Friday that had lingered for months on the internet.

The resort issued this statement:

Universal promised details would come soon about those new experiences.

Celebration of Harry Potter started in 2014 and became a popular annual event. It combined the parks’ already popular Potter areas with an expo of activities encompassing the films, the books, the Pottermore website and traveling museum tours.

Universal brought Potter celebrities to the parks for Q and As, like Michael Gambon and Robbie Coltrane, and had sessions on things like the design of the Potter world and wand dueling.

Fans also used the event as an opportunity to dress as their favorite characters and meet other fans.