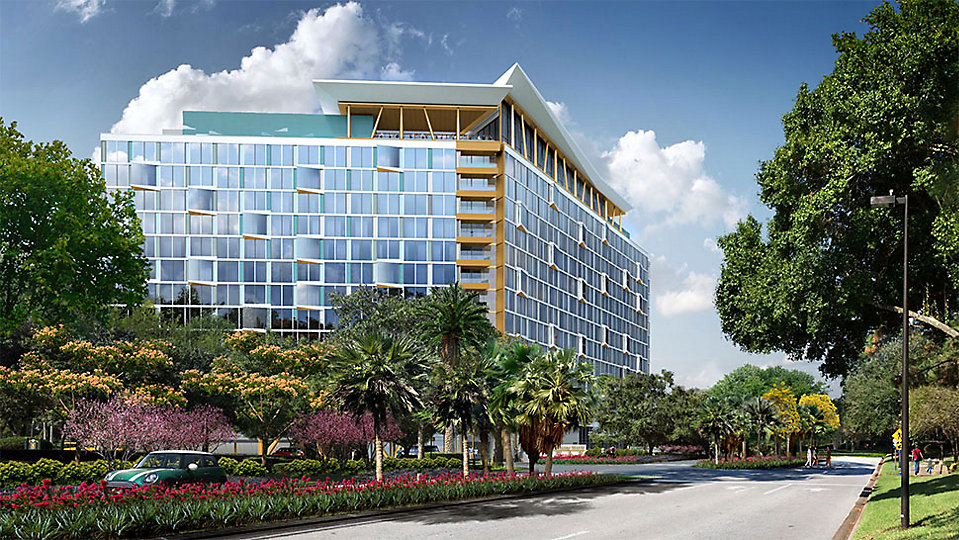 A new 349-room hotel tower will be built at the Walt Disney World Swan and Dolphin Resort. (Tishman)

A 14-story, 349-room hotel tower is set to be built on the complex, real estate firm Tishman and Metlife Investment Management, owners of the resort, announced in news release.

The tower will built next to the Swan Hotel on the space currently occupied by the hotel’s tennis courts.

“We look forward to expanding the Walt Disney World Swan and Dolphin Resort and to marking the next chapter in our decades-long relationship with Disney,” said Daniel R. Tishman, principal and vice chairman of Tishman, in a statement.

The tower will also feature more than 21,000 square feet of meeting space, a 75-seat restaurant, a full-service heath club with private changing rooms, a 90-foot long outdoor pool and an elevated deck with a fire pit.

The project is expected to break ground this fall and be completed by 2020.

The Walt Disney World Swan and Dolphin Resort recently completed a $150 million renovation, with new plans to revamp the lobby of the Swan Hotel by the end of this year. That renovation will be done in phases and include changes to the hotel’s public space and coffee bar.