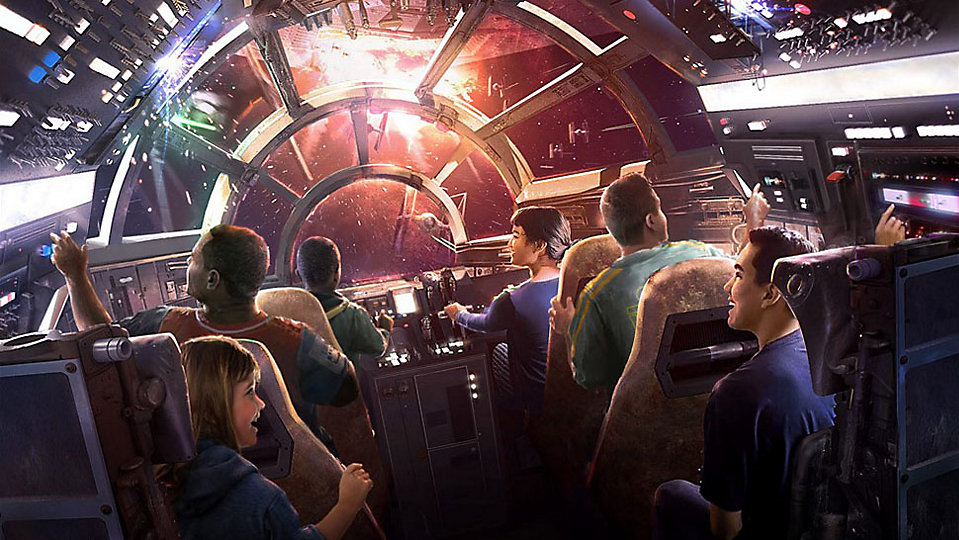 ORLANDO, Fla. — Star Wars: Galaxy’s Edge is one of the most highly-anticipated additions coming to Disney Parks.

The new land will transport visitors to the planet of Batuu, which is located on the outer rim of the galaxy.  It will feature a cantina and new attractions, including a Millennium Falcon ride.

Details about the upcoming ride have been scarce. But thanks to a new bonus feature (spotted by Laughing Place) included on the Target-exclusive release of “Solo: A Star Wars Story,” we’re now getting some new information.

The 13-minute video titled “The Millennium Falcon: From Page to Park” reveals that the ride will feature seven pods with six seats each. Riders will be able to interact with the environment by rotating 360 degrees. They will even be able “control” the Falcon.

“There are 200 some odd button, knobs and switches on the inside of the cockpit and they all do stuff,” said Asa Kalama, executive creative director with Walt Disney Imagineering.

“If you bring back all the loot and there’s not a scratch on the ship and Hondo is really happy when you bring it back, you might find yourself with some extra Galactic Credits in your account,” Trowbridge said. “But if you do a poor job, you lose the cargo, you smash up the ship, you might come back owing more money than you started with.”

Star Wars: Galaxy’s Edge is slated to debut at Disneyland and Disney’s Hollywood Studios in 2019.