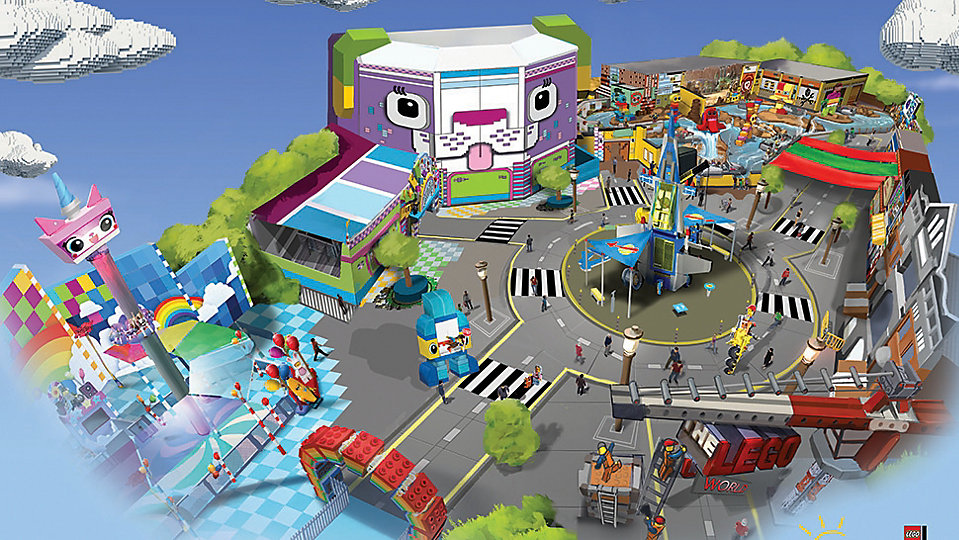 The new land will feature three main attractions such as The Lego Movie Masters of Flight, Unikitty’s Disco Drop and Battle of Bricksburg.

The Lego Movie Masters of Flight is a flying theater ride with flying couches built by The Lego Movie character Emmet. Unikitty’s Disco Drop is a drop tower ride that will take visitors to the Cloud Cuckoo Land and drop them back down. And in the Battle of Bricksburg, visitors must stop invading aliens from stealing Lego brinks with water cannons.

The Lego Movie World will also include a downtown Bricksburg area with character meet-and-greets, The Awesome Shop retail store, the Taco Tuesday Everyday eatery and a themed playground.

The Legoland Hotel will also feature a room inspired by the new themed land.

The Lego Movie World is set to debut next spring.